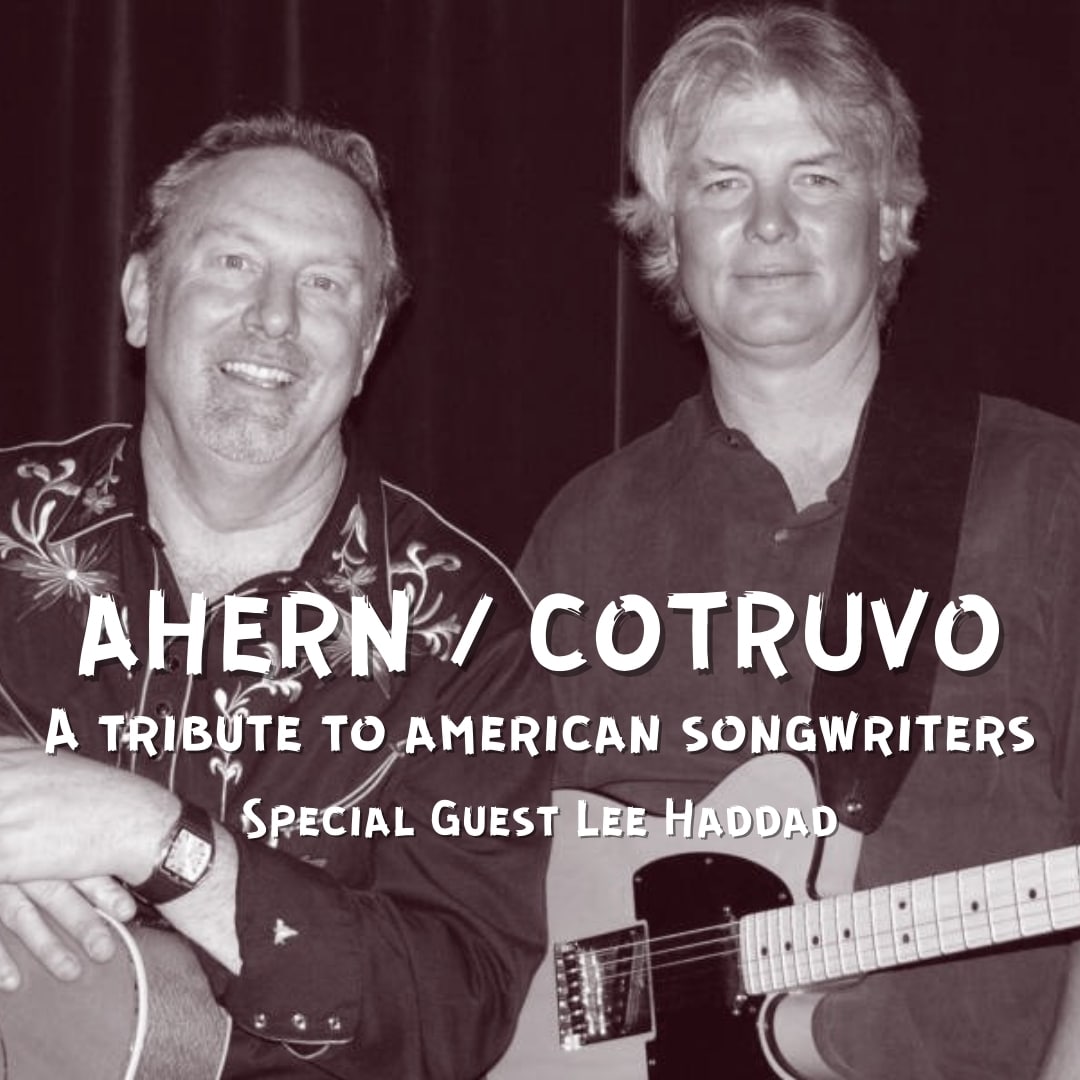 Join us for an incredible night of food, wine and music from Ahern & Cotruvo, with Emmy-nominated singer-songwriter, Michael Ahern, Chris Cotruvo and Walleed Haddad on keyboards, and special guest, Brian Wachhorst.

The band will be performing a collection of songs from their acoustic album dropping this month, “A Tribute to American Songwriters.” This Americana album contains songs by some of America’s most notable songwriters, including Woody Guthrie, Johnny Cash, Tom Petty, Bonnie Raitt and Warren Haynes.

Neil Young is in the mix, even though he was born in Canada. Neil recently became an American citizen, so he counts now! They also have a version of Michal’s original song, Drive, that almost made its way to a Super Bowl ad.

Learn more about the band at mjamusic.com.

The event is finished.